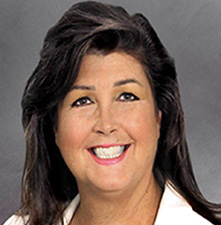 With over 35 years in Real Estate, Vicki Blackwell is Vice President and Managing Broker with Crye-Leike Realtors at the Olive Branch Office.  A Lifetime member of the Multi-Million Dollar Club, Vicki has taken an active role in the real estate industry, serving on the Realtor Political Action Committee, The Grievance Committee, Past President of the Young Realtors Group and is a Certified Residential Specialist. In 2005 Vicki was accepted into the Crye-Leike Circle of Excellence.  From 2007-2014 Vicki served as two term Past President and as Secretary of the Desoto County Republican Women as well as Vice President and two term Secretary for the MS Federation of Republican Women.  She received the George Bush Presidents Volunteer Service Award in 2008 for Volunteer Service and Civic Participation.  She is the 2011 recipient of Youth Villages Lion Heart Award recognizing her for years of Volunteer Service.  In 2014 she established Blackwell Animal Rescue Center (BARC), a 501C3 Charitable Organization to Rescue, Rehabilitate and rehome Abused and Abandoned Animals.  In 2018 Vicki was awarded the Paul Harris Fellow Rotarian Award for recognition of exceptional service to the community. 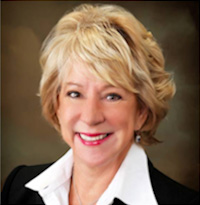 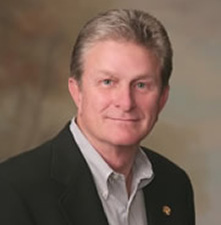 Joe W. Stedman is a native and lifelong resident of Natchez, Mississippi.  He attended Natchez High School and the University of Southern Mississippi where he studied Business Administration and Marketing.

Mr. Stedman served in the United States Army and received an honorable discharge as a Staff Sergeant. After the military, Mr. Stedman began his career as a self-employed real estate broker and developer in 1973 and continues to be active in the real estate business today.  He is the President and co-owner of Crye-Leike Stedman Realtors, Inc. 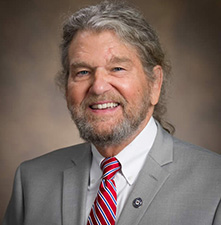 Mark Cumbest, Broker-Owner of Cumbest Realty, Inc., has been appointed by Governor Tate Reeves as the Fourth Congressional District Representative to the Mississippi Real Estate Commission. He previously served in that same position from 2005 to 2018. Cumbest opened Cumbest Realty, Inc. in 1975 the same year he graduated the University of Southern Mississippi. There he majored in Real Estate and Insurance. He holds the Accredited Land Consultant Designation of the Realtors Land Institute. He served as National President of the Institute in 1995 and was  named Land Realtor of America in 1991. He was named Mississippi Realtor of the Year in 1997 and was inducted into the MS Realtor Hall of Fame in 1999. In 2002 he was in the inaugural class of the Top South Mississippi Community Leaders and was inducted into the Roland Weeks Leadership Hall of Fame. In the aftermath of Hurricane Katrina, he served on the Governor’s Commission of Recovery, Rebuilding, and Renewal. He currently serves on the Gulf Coast Recovery Fund Advisory Board and serves as a member of the Board of Directors of the Mississippi Windstorm Underwriting Association (the Wind Pool Board). He is a Charter member of the Gulf Coast Business Council. He is in his 33rd year of serving as Finance Committee Chairman at Caswell Springs United Methodist Church. Cumbest is a seventh generation Jackson Countian and lives in the Cumbest Bluff Community near Moss Point, Mississippi. 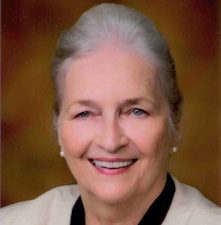 Gwen James, Realtor, has served the Greater Hattiesburg real estate market for over 40 years, joining Don Nace, Inc. in 1984 as co-owner.  She and Don Nace joined the Coldwell Banker national franchise in 1985.  James continues to serve actively in the agency since her granddaughter, Lara Thrash, took over as Broker/Owner in 2015.  An asset to her community and the real estate industry, James was the 2007 President of the Mississippi Association of Realtor and Past Chair of the Area Development Partnership and the Hattiesburg Planning and Zoning Commission and served as President of The Hattiesburg Board of Realtors, The Pine Belt Community Foundation, and The Family YMCA. James also serves on Bancorp South community Board of Directors and Forrest General Hospital Foundation.

James’ awards and achievements are numerous and include Hattiesburg’s Woman of Achievement, Mississippi Business Journal Top 50 Business Women in Mississippi, Paul Harris Non Rotarian Award, Executive of the Year of Sales and Marketing Executives of Hattiesburg, Small Business Leader of the Year by William Carey University and The ADP, Realtor of the Year for the Hattiesburg Board of Realtors, Forrest General Hospital Leadership Award, Wesley Hospital Strong Woman Award, and the Hattiesburg Hub Award.  James is a member of the President’s Circle of the Realtor Pac and Marpac Hall of Fame, a longtime member of the Professional Standards Committee, the Regional Ethics and Arbitration Panel for the Mississippi Association of Realtors, and numerous other committees for the local, state, and National Associations of Realtors.

Web Design and Hosting by U.S.NEXT